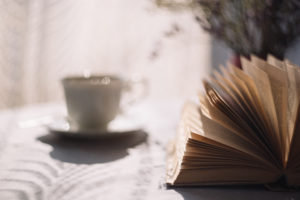 A “GOOD BOOK” REVIEW
I’ve been thinking about book reviews a lot. I’ve been writing them. I’ve been receiving them. So writing one on The Bible seemed like an interesting project, but sort of tongue-in-cheek. Like, where would I submit it? Amazon? Not sure God needs my endorsement. Anyway, here goes…

“I give this book five stars because of the human interest element, historical value, style diversity from multiple Middle Eastern contributors, and overall impact, but humanists, be aware that it contains a great deal of God-talk. And of the three main characters, only one has a body. This leaves much room for faith (or doubt).

The book starts with these five words…“In the beginning, God created…” Some may find that off-putting, but I find it worth noting because I can’t otherwise find an answer to how the spark of life first appeared. Science explains virtually everything except bringing life out of nothingness. For this reviewer, creation occurring due to a Higher Power makes sense.

The books ends some 783,000 words later with prophecies of things to come. Note: Many of these events have already come to pass, especially regarding Israel. Some are still projected for the future, for example, a “mark” on wrists or foreheads for buying and selling. Perhaps this foreshadows imbedded chips/barcodes in humans. Perhaps not. At any rate, I found it fascinating and timely.

The crux of the story begins in Part Two (the New Testament). It details the life of a gentleman named Jesus. Apparently, according to this book, humanity failed at keeping the Law outlined in Part One, so God had to make provision for the salvation of mankind, i.e., the man Jesus. The book informs us that all who believe in him will be saved. This has sparked centuries of speculation with terms such as “substitutionary atonement.” Yet the concept for humankind is remarkably simple. There’s no contract to sign, no money to exchange, nothing tangible to hold as evidence—just belief—which some readers may find refreshing.

The book is centuries ahead of its time regarding racial and gender relationships. “In Christ, there is no male or female, Jew nor Greek, etc.” The man, Jesus, who is also called “Christ” meaning “anointed one, chosen one, or Messiah,” modeled groundbreaking relationships across racial and gender lines. Examples: the stories about the Good Samaritan and the Woman at the Well.

This reviewer found the concept of God being Love as the most compelling aspect of the book. This differentiates it from the writings of other world religions. In Islam, God is portrayed by power. Hinduism is a collection of myths. Etc.

The book concludes in an apocalyptic, symbolic literary style, detailing the end of this age.

Since Part Two begins with what has become known as the Christmas Story, I recommend picking up the book and beginning there during this holiday season. It can be found at www.amazon.com.”