Can We Find Answers? 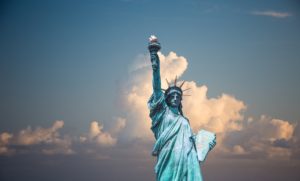 We the people of the United States have a unifying mission right now. We’re all grasping for answers. When we ask each other “how are you?” it seems few answer with “fine.” Most people I know answer with some variation of “I’m not doing so well. The disasters, the shootings…”

We want to find solutions. We’re not a people content with suffering. We’re seeking the culprits, the legitimate targets of blame. And as we do, we roll up our sleeves and pitch in. I love that about us.

So here are my thoughts on solutions, three days post-Las Vegas.

1) Automatic Weapon Control This is so outrageously obvious I can’t believe I have to put it on paper. It makes my blood boil. On Tuesday, a BBC interviewer asked Nevada State Senator Don Gustavson about assault weapons. www.bbc.com Interviewer: “What it is that people would want these guns (assault weapons) for? State Senator Gustavon: “I’ve shot those guns myself before and they’re actually kind of fun to shoot at targets. It’s just something we’re allowed to have in this country.”

2) Increased Mental Health Services At the time I’m writing this, no motive has been found in the Las Vegas massacre. But how can it not include mental illness? No sane person sprays bullets over 22,000 people.

Over the years, I’ve known several people who were shot. Some died. In all of the cases, mental illness was the reason for the carnage.

In the hands of a mentally ill person, an automatic weapon is…Las Vegas, so until the insanity issue is resolved, there’s no place for automatic weapons among regular citizens. And full resolution isn’t going to happen. We all know that. But we can get mentally healthier as a nation if we choose to make it a priority.

If the World Health Organization asked me to develop a mental health program, it would include healthy thinking, healthy relationships, and healthy “housecleaning.” The latter would be about getting rid of inside dirt and casting out intruders. Jesus cast out demons. Intruders. Intruders that messed with people’s minds. I think there are plenty of modern-day intruders, like substances and psychotic thoughts. Intruders that can be dealt with.

Alas, the WHO hasn’t come knocking on my door, but imagine this. What if the killers of Columbine, Virginia Tech, Sandy Hook, Aurora, Las Vegas (the list is long) had been able to conquer their demons? Imagine.

God help us find the answers. We owe it to the 59 who died in Las Vegas, my friend Ken who was shot and killed last year, and our precious next generation.