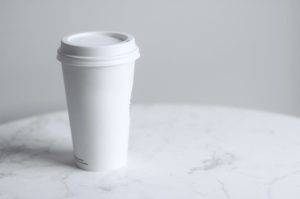 I never wake up entirely carefree. Maybe it’s because I’m a firstborn, or an INFJ, or good Lord, a writer. But how I envy those who ARE carefree! (I know. Envy is one of the seven deadly sins. See why I’m not carefree?)

Anyway, a few days ago I posted a poll on Facebook asking the question, “What do you struggle with the most?” And the responses were pretty evenly spread among internal, external, and health issues.

What fascinated me the most, however, was the fact that a few people don’t struggle much.
(Those are the ones I envy, sigh.) I tend toward the Atlas side of things. In Greek mythology, Atlas was a Titan condemned to hold up the sky for eternity; more recently portrayed as forced to hold the earth on his shoulders. In other words, to carry around the weight of the world.

But that’s mythology. Nobody is forcing any of us to carry around the weight of the world.

Yet one-ninth of the world’s people are desperately hungry. Two million children are in the global sex trade as I write. Children. And the Rohingyas are suffering…massively.

So what are we supposed to do?

And I think the answer is…

I think some people are wired more carefree than others. It doesn’t mean they don’t ACT; they just may not spend much time struggling and wrestling and worrying. They do their part. And if we all really did our part, the world would be a better place. Some are called to big parts, like taking on whole institutions, while others are called to smaller parts, like helping one person.

But to that person, that is no small thing.

So I’ve decided the carefree day isn’t really the “cup” I want to order. I’d rather keep care-FULL days, but ditch that Atlas guy.