WEIGHING IN ON THE NEWS 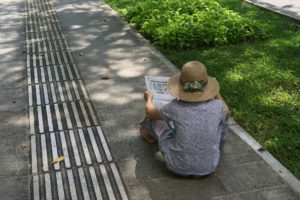 The news drives me crazy. So much of it is opinion. No wonder this is a called the “post-truth” era.

Opinions are not the same as truth. People have been lining up on the “she said” or “he said” side of the Kavanaugh-Blasey Ford issue for days according to their personal viewpoints. I’ve been a victim of the “boys-will-be-boys” thing and I’m fighting mad about it, but that doesn’t give me license to project on someone else. Let’s listen to today’s hearing for credible evidence.

And let’s consider the statistics, regardless of today’s hearing. They’re grim enough! One out of every six American women has been the victim of an attempted or completed rape in her lifetime. And one out of every 33 men has experienced the same. rainn.org.

We need a new view of respect, honor, self-control, and treatment of others. Is that possible in our self-gratification society? And how many of the horror stories we hear involve the word “drunk?”

I know. I sound like a prude, but I’m not a prude. I just think there are boundaries in life. They’re spelled r-e-s-p-e-c-t. Aretha got that right. And long before Aretha was around, God gave us the Golden Rule.

I wonder how boring the news would be if we all took God at his word.