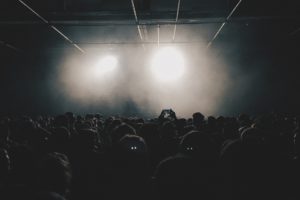 Yes, I’m shamelessly name-dropping in this post. The reason is that I have some very cool friends, like authors, musicians, and the like. Today I’ll highlight three of them. One is a writer/activist. The other two are a husband/wife team. She’s a songwriter and he’s a singer who has won 6 Grammy awards and 18 Dove awards…and who has been hailed by Billboard Magazine as “the single most electrifying voice in Christian music.” (Full disclosure, I haven’t seen them in about a hundred years, but I knew them way-back-when.)

I’m writing this because I believe in these people so much, I want YOU to know them too. Here we go…

Randy Milliken, the writer/activist, is releasing his book “Lessons from the Bottom of the Stairs” soon. I’ve been privileged to serve as his scribe and editor. Randy has cerebral palsy. He’s likely bristling over my use of the term “activist” for him, but once you read his book, you’ll be motivated to get involved with the disabled community in your corner of the world.

The couple is Russ & Tori Taff. A documentary about their life and his battle with alcoholism and childhood trauma premieres October 30 at a “theater near you!” It’s called “I Still Believe.” Details here: https://www.fathomevents.com/events/russ-taff-i-still-believe

There are some dreadful names in our world today, like Assad…and Florence-the-Hurricane…and we need to pay attention and pray like we’ve never prayed before, but at the same time, we can be thankful for the names Randy, Russ, and Tori. They point us in the right direction. They give us hope. They are world-changers.