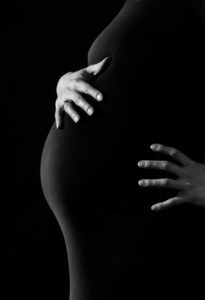 I’ve just started writing another book. It’s a daily devotional on the New Testament, to add to the glut in the market! (Let the eye-rolling begin.) But it’s not your run-of-the-mill devotional. It has moments of pretty raw emotion…and angst. I wrestle.

I’m guessing you do too.

But like the saying goes, “The longest journey begins with a single step.”

Here’s the first entry for a sneak preview, based on Matthew 1.

A young teenage girl is pregnant before she and her fiancé get together. An angel appears to the fiancé and tells him this baby is going to save people from their sins. (Can you imagine?)  And people have been anticipating this little boy for forty-two generations.

I just love books that hook you from page one.

In the old days, a pregnant woman was referred to as “expecting.” Somehow that put a lovely spin on things. “Pregnant” was much too clinical a concept for, shall we say, the refined. And expecting sounds so hopeful.

So they were expecting a BABY! A child to cuddle and kiss and teach to ride a bike. (OK, maybe not that last part.) And they were awestruck by the miracle of it all. But they might not have anticipated what having THIS particular baby entailed. Scraped knees, yes. Gut-wrenching pain, hard to know.

Jesus arrived by birth as the promised Messiah, the King, but died as a young adult and was even resurrected, without establishing an earthly kingdom. No doubt many were thinking, “What’s up with that?”

We now understand he never intended to set up a kingdom based on people’s expectations. He is birthed into our hearts, to change us from within, to love us far beyond what we could ever…expect.

But I’m getting ahead of myself.

The baby’s name meant “God with us.” Now THAT sets up some interesting expectation.